← The Return!
The End of The Last Ride →

The End Of The Journey

I am Superhero123, a member of the Club Penguin Army community since 2012. I have led various armies, mostly Small-Medium ones, but I am mostly known for my key role in the history of the Smart Penguins army, in which’s website I decided to post this on. After all those years, due to CP closing down in March 29th, I, Superhero123, officially announce my retirement from CP Armies and Club Penguin in general. I am never returning on xat either. For more information about this decision, my CP career, and for the thank-you to all my friends in this journey, click read more.

I joined CP in December of 2011, alongside some friends from my elementary school. We had a lot of fun together in that period, and I was loving that game every day even more. I got addicted to Cart Surfer minigame quickly, and I managed to collect all its stamps :P.  One year after I started making some crappy YouTube videos along my friends, the very first of which can be seen here:

Some months later one of my friends found out about Riffy8888, a tracking chat that said were mascots were. I loved it and I went on it on every event, and that’s how I managed to add every single CP mascot. One day, when I was on Riffy I got a PC from the Hot Sauce Army leader, asking me to join in exchange for Rockhopper location. And that’s how my CPA Career started.

After attending 1 HSA event the leader never told me Rockhopper location, so I ragequitted and left. Some months after though, in the summer of 2013 I got invited to join Shadow Troops. The leader seemed to be a very nice guy so I joined and I actually loved it that time! I stayed till July and I managed to become a mod. Then I returned in CPA at August but Shadow Troops were dead :(. I made a shitty army called Red Flames Army which I quitted 2 days later to join Watex Warriors for mod. I stayed in WW for about 1 month until they shut down as well. It was then that I got a PC on riffy from some guy called “Vivek”, asking me to visit his tracking chat called “Smarty Penguin”.

I went there for 1-2 days and then Vivek told me he wanted someone to make a website for his CP Army, called the “Smarty Penguins”. I agreed and in exchange I became leader. And that’s how I joined SP. I have now been part of every single SP generation, and my story on SP can be found on https://smartpenguinsofcp.wordpress.com/hall-of-fame/sp-history/. The most important part of my army life was when I became a legend in SP by Vivek.

In the periods when SP was closed down I also led various other armies to CPAC, which were the Green Mercenaries, the Shadow Penguin Force (also co-created this!), the United Troops Army and the Hawks. I also received Ice Warriors and Army of Club Penguin moderator ranks. I was also a CPAC and SMAC reporter, although I didn’t succeed there due to my lazyness ;P.

Between this time I was also involved in the CPPS scene, even building my own CPPSes with the most well known being “SuperCP”. I was also on the Rile5 forums under the name “Super”.

So, that’s my story. Now I want to thank the following people for making my journey so awesome:

Without you nothing of this would have happened. You are the reason I achieved everything I did on CP Armies.

Bro for life. You were always here when I needed you.

Despite our differences, you were still a cool guy deep inside :P.

Epic guy always fun to talk with you.

One of the best early SP owners. I hope you still came on xat :P.

One of the oldest SP people. I miss you!

Lead some cool armies together

The best troop I ever recruited, involving into a great leader.

The only CPA dude I have seen in real life!

Pranav (thanks for the NC!)

I am sure I have forgotten some people and I am really sorry! Write a comment if you believe you should be added.

So that’s the end of my journey. It’s time for me to move on in life. Thanks to everyone in CP and CPA for making this journey so awesome.

So, for the last time

P.S.: You can still contact me via email at geotsakvideo@gmail.com! 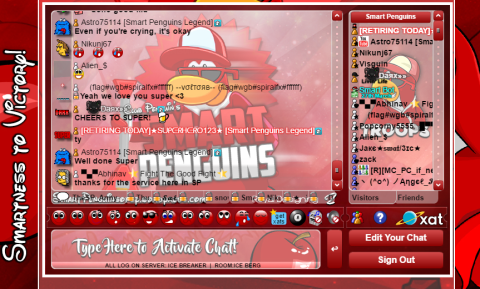 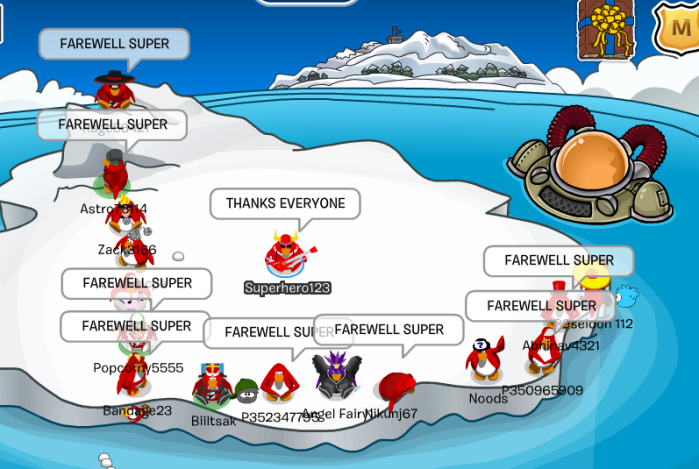 Posted on March 25, 2017, in Uncategorized. Bookmark the permalink. 22 Comments.

← The Return!
The End of The Last Ride →