← WE HAVE MADE HISTORY SP, WE HAVE WON A TOURNAMENT
EVENT SCHEDULE [EVERYONE ATTEND] →

Hello Smart Penguins! Welcome to the first Smarties Review! Lets see what have we done this week!

2. We got Jack.Frenzy as new USA leader!

3. We officially join League of Justice and declared war on Light Troops.

1. We successfully invaded in AUSIA times, Light Troops’ servers Yeti and Ice box which is also LT capital!  We maxed 15 on Ice Box and 14 on Yeti! 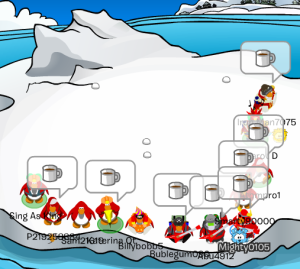 2. We invaded on AUSIA times Light Troops servers Tea, Misty and Sherbet. We maxed 23 troops in each event!

1. This day SP got caught for using old event pictures as new ones. Andy and Vivek apologized to the CP army community and Vivek stepped down from leader to adviser and moderator on chat. CPAC post can be found here.

1. This is the list with SP leadership changes, demotions and diplomatic changes made by Andy:

2. SP beat Guardian Penguins and Royale Penguins, so we became champions of SMAC! Here is the trophy and pictures from UK clash: 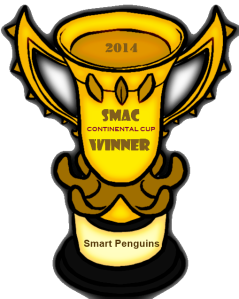 To sum up, Smart Penguins had a nice week! Good Job SP!

Posted on June 1, 2014, in Uncategorized. Bookmark the permalink. 1 Comment.

← WE HAVE MADE HISTORY SP, WE HAVE WON A TOURNAMENT
EVENT SCHEDULE [EVERYONE ATTEND] →